Coinsilium is a focused Blockchain, DeFi and Crypto Finance venture operator. As the first ever IPO of a blockchain company in 2015, Coinsilium has harnessed its experience and wide-ranging network to invest in leading blockchain projects such as RSK/IOV Labs, Indorse and Blox.

In July 2020 Coinsilium executed an agreement with global blockchain protocol company IOV Labs, to establish a 50/50 Joint Venture Company in Singapore to promote and commercialise RSK's products, services and technologies in the Asian markets and to promote the adoption in the region of the RIF token which powers the ecosystem of solutions developed by RSK, their partners and developers around the world.

Blockchain technology is now labelled a ‘foundational technology’ and new blockchain protocols are emerging with features and applications far beyond the initial vision of digital currencies for payment purposes. As the growth in digital asset offerings gathers pace, smart contracts and ‘Tokenization’ models are set to play a key role in the development of this market and Coinsilium has partnered with some of the leaders in this sector.

Coinsilium provides advisory services to some of the most innovative blockchain projects around the world, supporting them through their token sale process and beyond.

ICON IS ONE OF THE LARGEST BLOCKCHAIN NETWORKS IN THE WORLD

OLYMPIA - ELEVATING PARTICIPATION AND TRUST WITH A DECENTRALISED SPORTS ECONOMY

A peer-to-peer ecosystem of crypto buyers, sellers and physical shops.

LC LITE is the first digital collaboration space made to connect importers, exporters and token investors directly to secure a trade transaction with the letter of credit token.

Rockerchain is the first ecosystem aimed to protect and develop "made in Italy" through blockchain.

FANTOM has been recommended by Crypto Briefing, one of the leading independent ICO Review sites in the world. 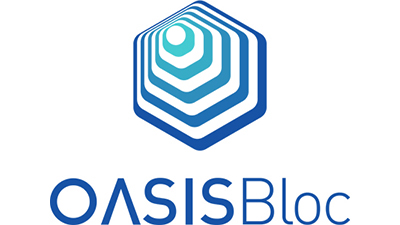 URP is creating a protocol for shoppers and retailers to interact in real-time and on a personalized basis.

We have been investing in seed-stage Blockchain tech ventures since 2014, helping founders through the key stages of growth towards successful Series A and beyond.

Be the first to read our blogs, enjoy our commentary and watch our videos. Signup for newsletter